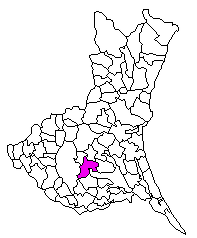 Town to the east of Tsukuba.

Has a flyover taking you from Tsukuba to next to the train station.

Tsuchiura is known as a center of lotus root (renkon) cultivation due to the marshy environment. The city is also the host during the first Saturday of every October to the Tsuchiura Fireworks Festival (also called the All-Japan Fireworks Competition). The competion is usually a 2 1/2-hour event that draws around 250,000 spectators.

Eight hundred meters west of Tsuchiura Station is Kijo Park with some rebuilt structures from the castle that had been at that site. Just to the east of the park along a side street in Tsuchiura Machikado Kura are a few historic warehouses that are open to the public. Tsuchiura City Museum is on the south side of the park. The main police station is at the street intersection to the west of Kijo Park.